Midwives for Peace: The Role of Midwives in Conflict 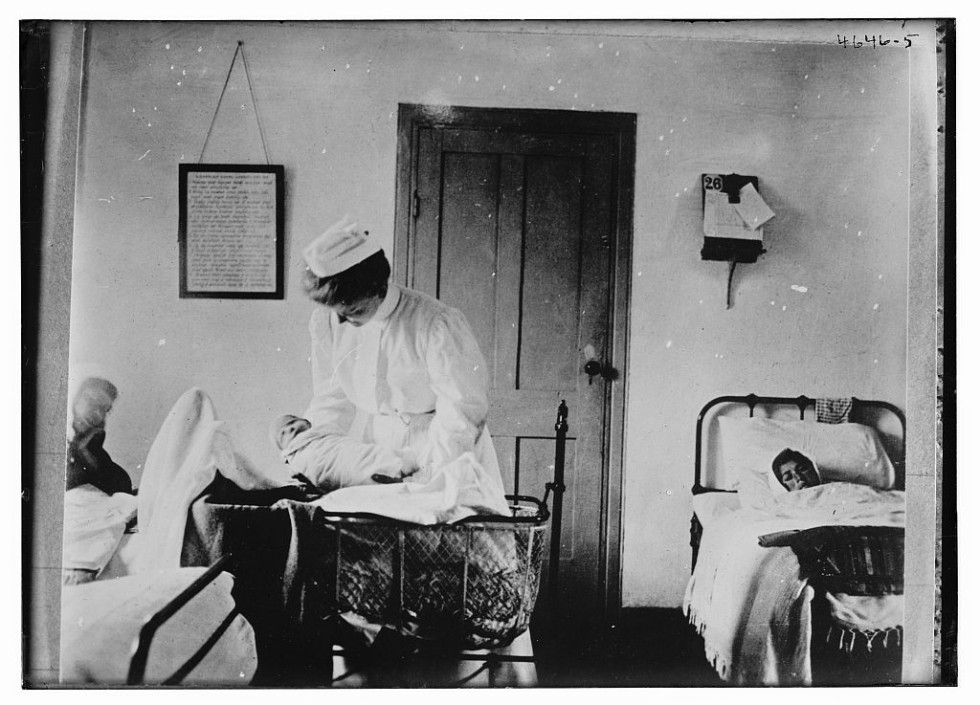 Midwives for Peace: The Role of Midwives in Conflict

As tragic conflict ensues in Ukraine, midwives and other healthcare workers have stepped in to save lives and uphold human rights under the most dangerous circumstances.

More than 4,300 births have taken place in Ukraine since Russia invaded on 24 February, according to the United Nations, and 80,000 more are projected to take place over the next three months. Midwives are supporting women to birth outside of hospital, supporting victims of sexual and gender-based violence, and even treating wounded soldiers as the need arises.

Midwifery has always been inextricably connected with the pursuit of peace, and midwives have always risen to the frontlines to support women and families in the face of conflict and crisis.

A History of Peaceful Pursuit

The International Confederation of Midwives (ICM) (formerly the International Midwives’ Union or IMU) was born in Belgium in 1922, after the end of the First World War (Thomson et al., 2022). Having been established in a post-war Europe, IMU’s foundation was inherently built on the conviction that international cooperation, peace, and justice were vital in ensuring the wellbeing of mothers, infants, and future generations.

Many of the midwives who formed the IMU that year had served on the frontlines of the first World War, organising international humanitarian relief and caring for labouring women and their babies under life-threatening circumstances. They saw first-hand the suffering and destruction that conflict inflicts on communities, and they brought those experiences with them to ensure that midwifery would always support the most vulnerable civilian populations if history were ever to repeat itself.

As we know, history did in fact repeat itself. In 1939, the development and expansion of the IMU was interrupted by the beginning of the Second World War. The year before the war began, IMU held its last Congress under that name. At that final Congress in Paris, midwife and international relief organiser Miss Edith Mary Pye—then President of the Royal College of Midwives—proposed the following motion:

“The VIIIth International Midwives Congress declares that if the catastrophe of war overwhelms the world again, it will be against the wishes and desires of the mass of the people in every country and—above all—against those of the Mothers.

Midwives, whose work is the preservation of life deplore the wilful destruction of it through the use of scientific knowledge for destructive instead of constructive ends.

The Congress asks Midwives everywhere, whatever the future may bring forth, to remember the bond which unites them to one another in working in the same spirit for Humanity.”

The IMU passed that motion unanimously on that day.

This information about the role of midwives in conflict was provided by Ann Thomson, Joyce Thompson, Joan Walker and Margaret Peters. Their book ‘100 Years of the International Confederation of Midwives: Empowering Midwives and Empowering Women’ will be published later this year.

Despite war and conflict interfering so soon after its inception, The International Confederation of Midwives survived, and together with our partners, funders and member associations, we have progressed the profession of midwifery drastically from 1922 to today. It’s been 100 years, and ICM now supports 140 Midwives’ Associations from 119 countries across the globe as they continue to honour Miss Pye’s 84-year-old motion: Working, united in the same spirit, for humanity.

Browse the following stories to see how midwives in countries all over the world are rising to heroic levels of care, humanity and positive change in the face of conflict.

Afghanistan is confronting an unprecedented humanitarian crisis with a very real risk of systemic collapse and human catastrophe that threatens many of the development gains of the last 20 years. The situation has deteriorated in recent months due to the conflict with the political power shift, COVID-19, and drought, which have created a perfect storm for one of the most profound humanitarian crises the world has ever witnessed, and it is Afghan women and girls who are paying the heaviest price. (via UNFPA, 2022).

Midwives in Afghanistan have been forced to flee, or have lost their lives while trying to defend women and new-borns from the Taliban regime. Zahra Mirzaei, former president of ICM’s Member Association the Afghan Midwives’ Association, spent a decade advocating for women’s birth rights under volatile circumstances and finally succeeded in opening a birthing centre in Kabul last year. This success was short-lived, however, as the Afghan government’s collapse amid the withdrawal of US troops in August 2021 meant she and her family had to flee the country. Mirzaei remains a member of the advisory board and is working remotely to support the organisation including her successor.

Midwives for Peace: is a grassroots group of Palestinian and Israeli midwives working together to ensure that childbirth is a joyous and safe experience for women, despite the armed conflict that surrounds them. Midwives for Peace saves lives by providing critical pre-natal care and childbirth support to women. Together, Israeli and Palestinian midwives attend workshops and training sessions and share their best practices. By coming together, Midwives for Peace fulfils urgent humanitarian needs, promotes reproductive rights and builds peace.

Film director Snow Hnin El Hlaing created the documentary film Midwives amid this conflict. The film is about a community midwife and her apprentice. The midwife, Hla, is Buddhist, part of the majority population in Myanmar, and her apprentice, Nyo Nyo, is Muslim and part of the Rohingya minority that has been denied basic human rights. The Sundance Prize-winning documentary has been praised as, “a surprising story of female self-determination in the face of militaristic oppression,” which is exactly how we’d describe midwifery in conflict settings.

This story from Médecins Sans Frontières Midwife Erin Lever depicts the great lengths to which midwives go to save the lives of women in low-resourced and volatile settings.

After a decade of conflict, the humanitarian situation in Syria remains dire. Disruption of community networks, a collapsing economy, movement restrictions and the COVID-19 pandemic have exacerbated health and protection needs, especially for women and girls. Attacks on health facilities and workers still regularly occur (via UNFPA, 2022).

Midwives at this refugee camp in Jordan, operated by UNFPA and the Jordan Health Aid Society International, have safely delivered more than 14,000 new-borns, without a single maternal death.

Seven devastating years of fighting have left 23.4 million people in need of humanitarian assistance in Yemen, a country that is struggling with a severe economic crisis, damaged infrastructure, and a shattered health system. The war in Ukraine has cast a shadow over the ongoing conflict in Yemen. It could also deepen the misery and suffering for the Yemeni people if fuel and food prices increase as predicted (via UNFPA 2022).

The intensity of Yemen’s conflict means midwives often risk their own lives in the course of their duties.

“I walked for an hour to reach the house,” Laila, a midwife in Abyan Governorate told UNFPA. “Just when I began to attend to the delivery, an airstrike hit right next to the house. The whole house shook. The woman jumped in fear and tried to run away. At this moment, I had to hold my fears and ensure the delivery was safe. Thanks to God, within a few minutes a healthy baby was born.”

Midwives have brought positive change, support and life-saving services to conflict situations for hundreds of years. Investment in midwives is an investment in sustainable healthcare systems that uphold and enable women’s basic human rights and are ready to react in face of crisis and uncertainty.

For more information and resources, access ICM’s Position Statement, Women, Children and Midwives in Situations of War and Civil Unrest.